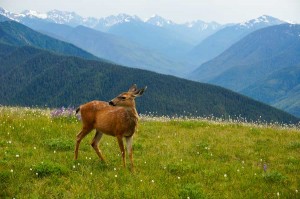 Fawn on a mountain meadow in the Olympics.

The Olympic Peninsula is quite unique in the species of animals that call this their home. Common are black bear, cougar, mountain goats, hoary marmots, mountain beavers, and the Roosevelt Elk for which Sequim has become famous. Closer to Barbolian Fields, the Dungeness River and Hurd Creek to the west serve as a wildlife corridor for many animals that go back and forth between pastures and sources of water. At the river, one might see beavers, 9 species of salmonids, and untold numbers of birds that stand nearby to go fishing. There is plenty of cover along these water bodies, as well as protected habitats in nearby Dungeness Bay to the north and the Olympic National Park to the south. Wild animals frequently seen on or nearby the Barbolian Fields site include deer, coyotes, raccoons, eagles, herons, owls, hawks, and many others. They usually travel along the perimeters of the property in early morning or evening hours (a family dog keeps them at bay during the day).

Since we have started our path toward more sustainable ecosystem gardening, the increase in animals – both in diversity of species and in sheer numbers – especially birds and insects – has been nothing short of phenomenal. And it keeps growing more and more every year! We do not eradicate a perceived “negative” creature because we recognize we do not fully understand the interrelationships in the natural world. For example, bald-faced hornets – thousands of them – took over the Willow Room for awhile this summer. They were feeding on the aphids and quite possibly the ants. We let them be. It got cold; they left. We have seen numerous different kinds of bumble bees and other pollinators that we might never have otherwise appreciated. Granted, the moles and voles still do a fair amount of damage, but they also have their role in the ecosystem. An overabundance of tent caterpillars in the spring was an indicator that things were out of balance; there were not enough predators to check their populations, although the caterpillar problem was rampant across the region this last year. Even so, we are taking measures to plant more plants that are hosts to predators and see whether it can make a difference. We plant a few extra squashes for whatever is eating them; we share our abundance, knowing that all things must eat, and most things in nature also give in return.

The following are a few recent photos and lists of some of the species we see at Barbolian Fields (by no means complete): 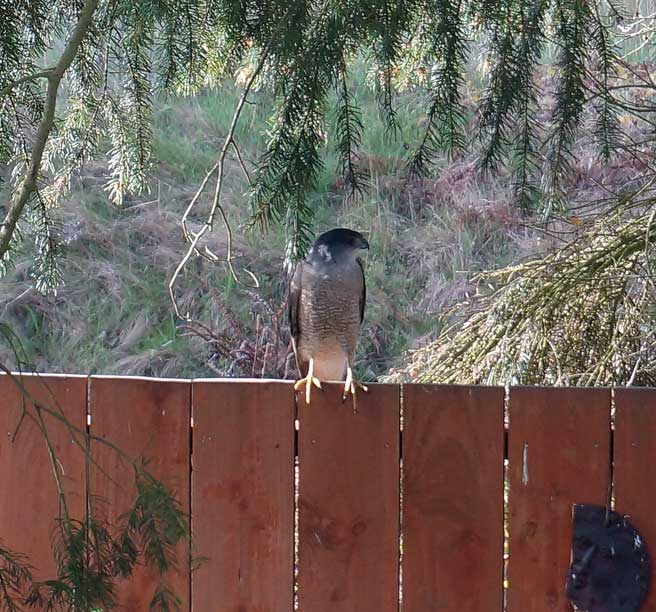 Peregrine Falcon?
Hawk on a fence - or is it a Peregrine falcon???- right by the birdfeeder. All the little birds instantly disappeared, but the hawk was pretty sure something was still hiding in the periwinkle. 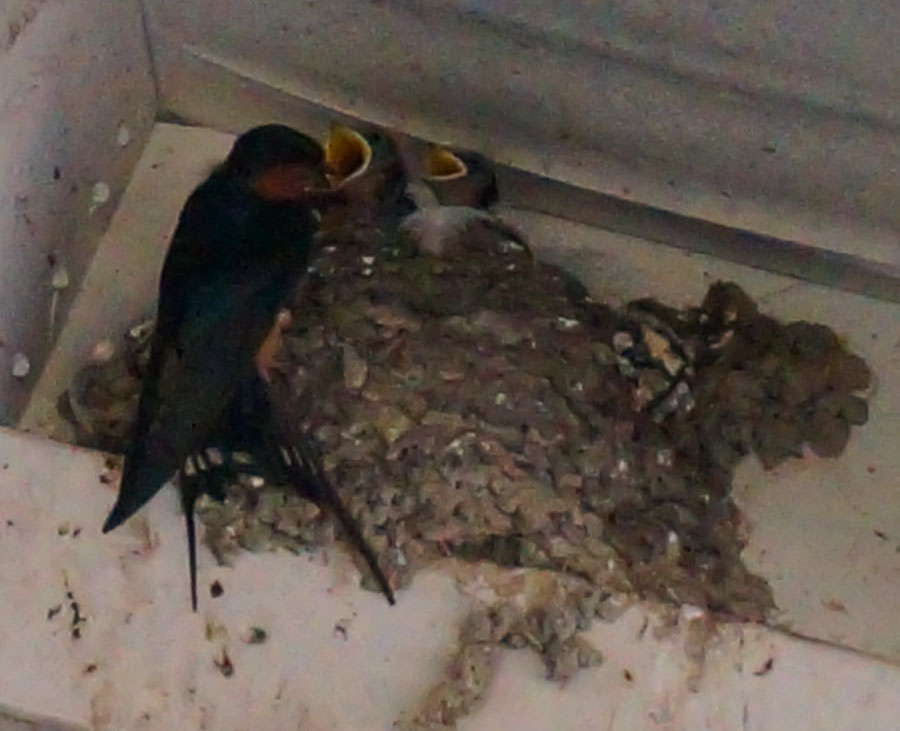 Swallows! Welcome home!
Ah! the swallows! How thankful we are that they returned! 3 broods this last summer! 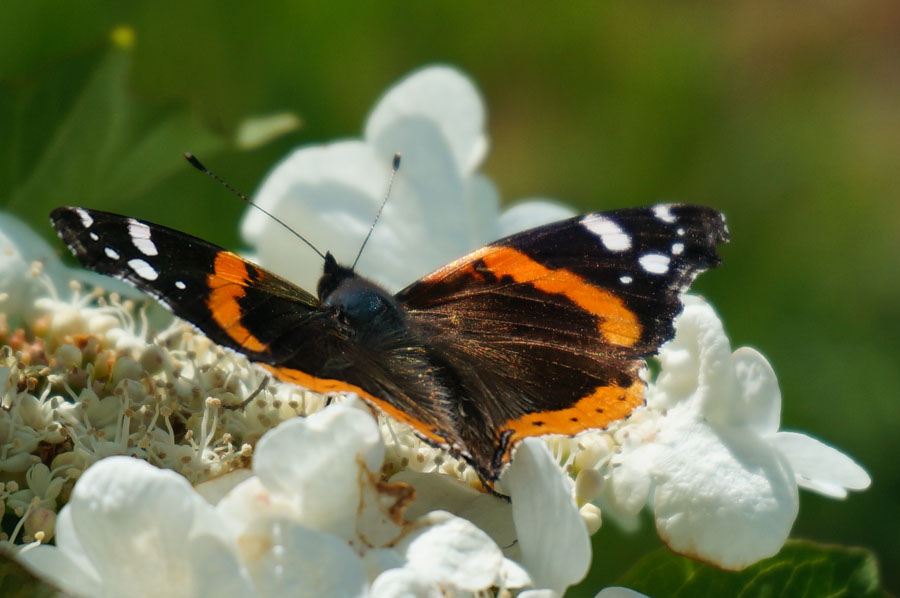 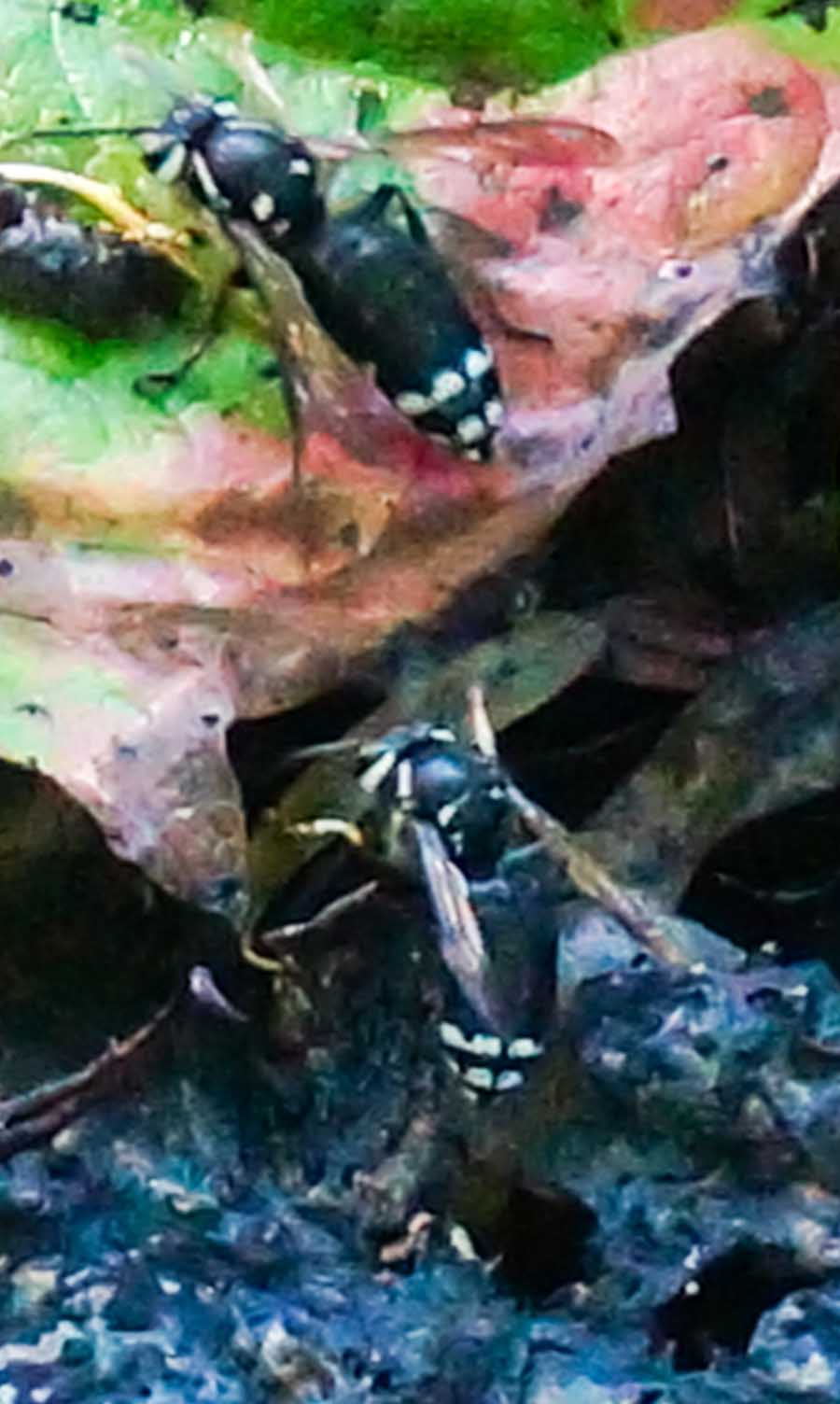 Bald-faced Hornets eating aphids
Bald-faced hornets - by the hundreds! - were in the Willow Room, seemingly feasting on some dark goopy stuff on the ground - which very well might have been the "honeydew" from aphids. 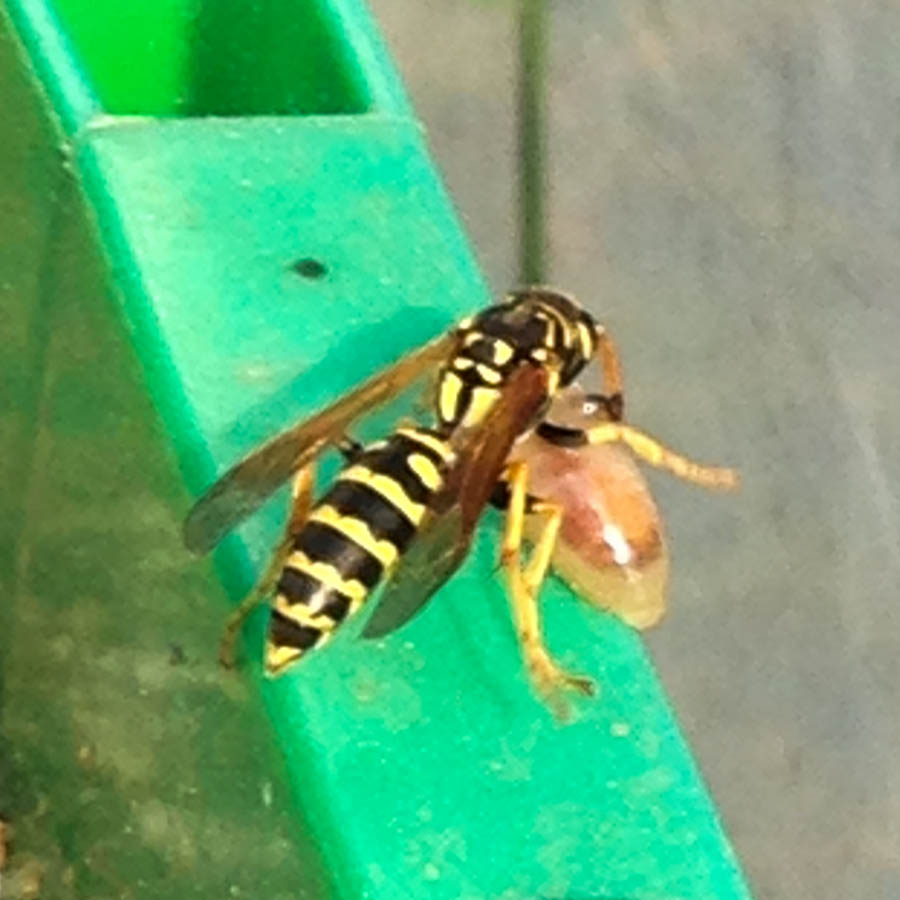 Paper Wasp in greenhouse taking care of baby slugs!
A paper wasp nest right by my head when I went into the greenhouse was a bit of a concern until I realized they really weren't concerned with me. They were much more interested in eating baby slugs! 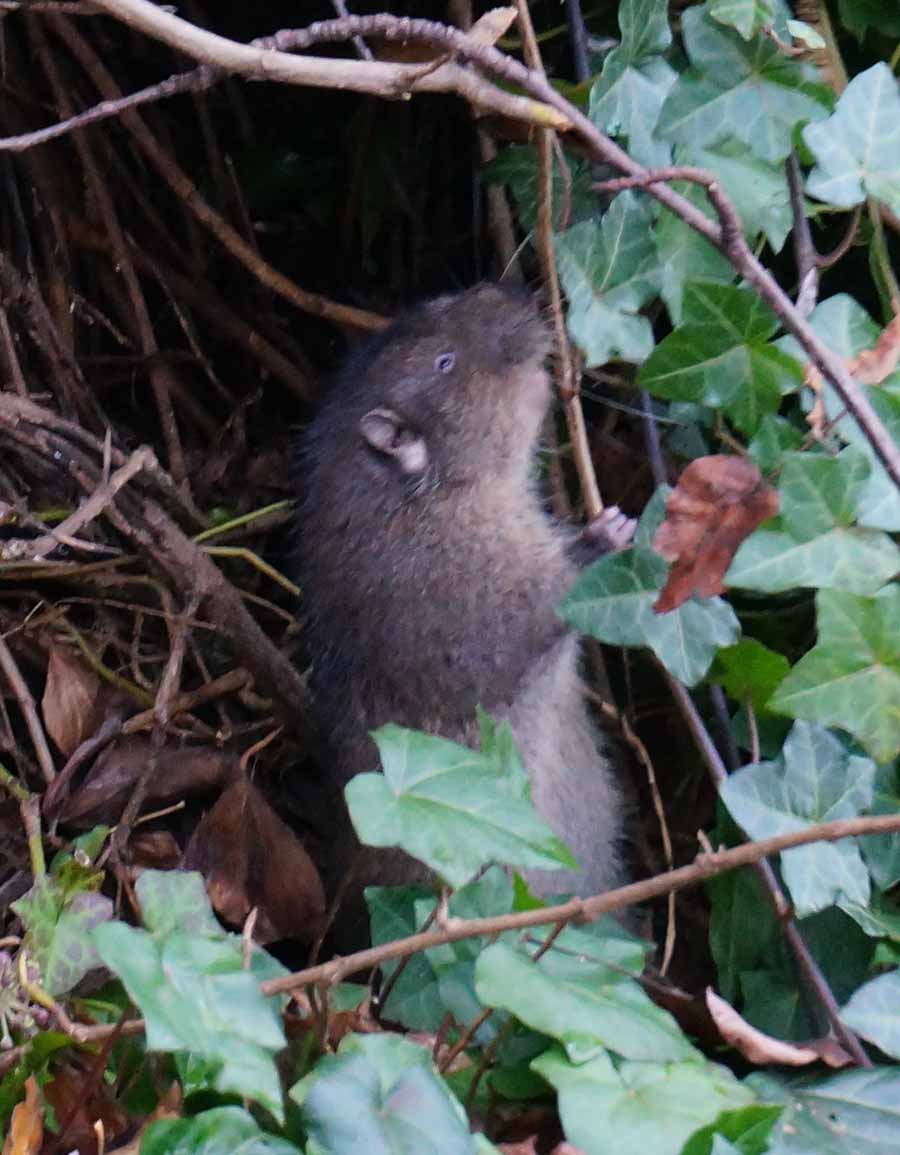 As for domestic animals, we have had at various times in the past 28 chickens, 47 angora rabbits, and 5 llamas, in addition to numerous dogs and cats and other domestic household animals (chinchillas, parakeets, goldfish, gerbils, turtles, and boa constrictors – plural – but let’s not go there). We are down to 1 dog. We are currently encouraging wild animals, mostly wild birds and pollinating friends, to take up residence. We would like to do some traveling, free of responsibilities and returning children with pets. It is not a bad goal. But eventually we will settle back down, and it would be nice to have a few chickens again. We miss the fresh eggs. And maybe some ducks. They are cool. And maybe a couple of rabbits, because I miss my bunnies, but certainly not 47. Balance in all things. 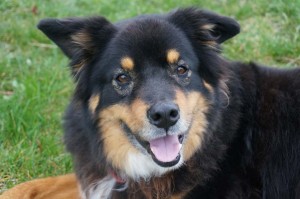 Barkley, aka Sir Barks-A-Lot, sometimes called Broccoli: Official Farm Dog. He likes catching Frisbees, long walks on the beach, and snoozing in a heavily mulched flower bed beneath the willows. He says you are welcome to visit as long as you don’t do anything sketchy.