There is a lot that goes into gaining perspective.  In this section,

In the beginning, we had a vision, we set in motion a plan of action, and now have come to a place of reflection to determine whether our course needs adjustment. By looking to our origins, we can better understand how far we have come. We can drive a stake in the ground to give a point of reference for the future. But realistically, how do we know it is working? My approach is to look at the project from three perspectives: 1) the three ethics promulgated by Bill Mollison, 2) our original goals, and 3) personal observations.

First and foremost: is what we have done in alignment with the Three Ethics: Care of the Earth, Care of People, and Care of the Future?

Will seven generations from now look at what we have done and thank us? Our prime directive: “The only ethical decision is to take responsibility for our own existence and that of our children,”* and the only way to do that, of course, is to take care of the earth that supports us.

Secondly, how does our project support our original goals?

Each of these is still a work in progress, but we are moving in the right direction!

And lastly, Observation: a return to our primary way of learning about our environment.

Our mistakes are opportunities for learning. When things are going right is also an opportunity for learning, not that we can necessarily take credit for the success. If we take the time to observe and interact with Nature, she will teach us, but we also must accept that nature is so complex, we can never fully understand all the intricacies of the various interactions.

So how can we know if something is working?

We can measure our yields, but that is only one facet of what is going on. Success in terms of our ability to measure a profit is a shallow way of thinking.

We can also look for balances. Nature always seeks a homeostatic equilibrium, which is the idea behind the Gaia principle developed by James Lovelock. If something gets out of balance, nature will self-correct and return to that equilibrium. Mankind may destroy the Earth to the point where it will not support his existence; however, in the aftermath, the Earth will still adjust. The water is level, no matter the angle of the glass that holds it. One can think of different cycles and ups and downs over time as the various components sloshing around in the ecosystem jar, finding that level. It is an ability to adapt and change – sometimes to die, sometimes to thrive, according to circumstances. If an insect colony eats all of its food supply, it cannot thrive. If it attracts hungry predators that keep the population in check, the “pest” might still survive. If something grows too large for the system that supports it, it dies back. Left on its own, nature will continue to build fertility, and throughout this balancing act, the system as a whole will grow and evolve.

We can watch for feedback loops, accelerate that evolution, and plan for succession. How can we assist?

By creating a design that gives us immediate returns but also builds for the long-term. This is essentially a combination of all three primary ethics: Earth Care, People Care, Fair Share, which can also be stated as Care of the Future, or as Mollison put it, “Setting Limits to Population and Consumption,” and in the process, Giving Back. Throughout our design, we must follow the basic design principles:

In light of these concepts, there are practical, hands-on things we can do:

…all these will strengthen the overall system, build fertility, and increase productivity. But if it grows too fast, it might be like the green shoot in early spring that is vulnerable to late frosts. Slow solutions give time for everything to catch up and come back into balance. In everything, we must work with nature.

How resilient is our system? If we get a particularly cold winter, an unexpected late frost, a hot, dry streak that leaves the hillsides parched – does our system recover?

We return to the question: How do we know whether something is working? We go back to Step 1: Observation.

The following are four specific examples at Barbolian Fields that have been feedback indicators of Nature at work:

Hindsight – and What Changes Would We Make on a Do-Over?

We are at the midpoint of making this happen. In the near-term, it will be fun to fill in the gaps and assist the garden in getting more established. We will be concentrating on Zone 1 and Zone 2, piling on the mulch to build the soil, and adding herbaceous plants and groundcovers. It will just get better and better. I will be adding details to my database of plants (now topping 300 grown here at Barbolian Fields!), their growing requirements, uses, and the niches they fill.

The next phases present some of the greatest changes (and challenges!) in infrastructure: making the home and lifestyle more self-sufficient. Eventually, my vision is that this small backyard apiary of a half dozen hives, a garden full of herbs, flowers, nuts, and fruits, and the living and working systems that respect and nurture the environment, will be an inspiration to others. My website is my portal to sharing information and art, making connections, raising awareness – and is also a venue for income streams. I look forward to being involved in community events, writing about bees and permaculture gardening, and conducting workshops to help others build their own backyard sanctuaries.

It has never been more important to support pollinators, and everyone can help, even if they are not in a position to keep hives. When I tell people about all the things we grow here – whether for bees or for food or tools, fiber, dyes, medicine – or the many other creative things we can do and create from our own backyards – people are amazed. I intend to share that. And as water becomes ever more important, I intend to show the many ways we can create a jungle on what many consider “semi-desert.” I hope to do demonstration tours when the system is more mature and share the beauty of natural “controlled” chaos and the incredible abundance – and wonder – it can provide.

No, it can’t happen overnight. Still, to see what we have been able to accomplish in such a short time is surprising. The point is, anybody can do this — And everyone should at some level. This is my passion that I want to share, and even though we are but a polka dot on the planet, it is a beginning – and perhaps it will grow to be a grand example, which might inspire another, who inspires another, who in turn, another. We are six degrees of separation compounded over seven generations, and then some.

So yes, we CAN save this planet, one small garden – one greener way of living – one small regenerative ecosystem at a time, if we remember to take care of the earth, take care of each other, and take care of our future by taking only what we really need and giving back the rest.* 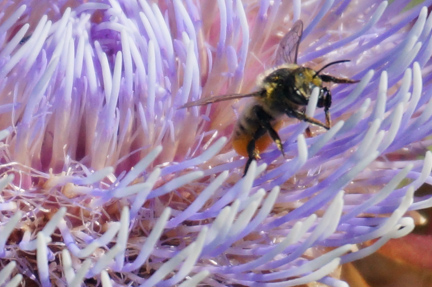 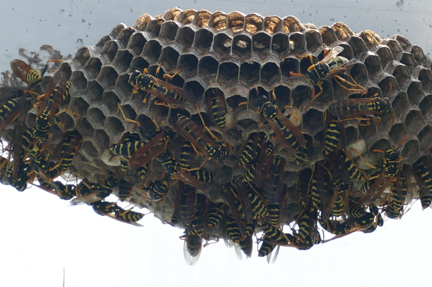 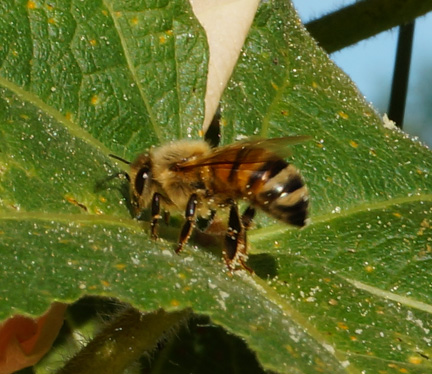