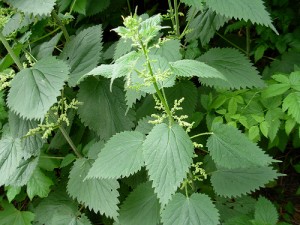 I love foraging. I love the idea that there is all that food out there just free for the gathering. This is a perfect time of year for foraging, because a little bit later, many plants turn tough and bitter. Nettles and dandelions, for example.

Those who read my blog know that I’m a freestyle cook who throws things together never the same way twice, depending on what is at hand. So here, more or less, is what I did:

Basically – take your favorite potato-leek soup idea and add nettles. How hard is that?

Ingredients: nettles, potatoes, a leek, a couple stalks of celery, soup stock (chicken would have been good, but I had some beef bone broth available), a handful of French sorrel, a little lemon juice, bacon (optional), garlic, salt & pepper, and kefir, yogurt, or sour cream to decorate the top. Don’t worry – you don’t have to have all of these – except the nettles, of course.

Here’s what to do: 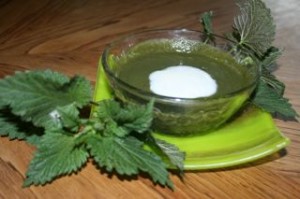 Nettle Soup - a few weeds, some potatoes, and a dolup of homemade kefir - mmm!

We had a lot of family over that night and some went back for seconds.

Caveat: Since making this, I have read that potato water shouldn’t be used because potatoes contain hemagglutinins that disrupt red blood cell function, and those go into the cooking water. What can I say – we all survived.

Nettles as a Superfood

Nettles are seriously good for you. They provide protein, vitamins C and A, carotenoids, potassium, iron, calcium, thiamine, riboflavin, and niacin. They’ve been used as a tonic and a diuretic, applied to stop bleeding in open wounds, and slapped on bald heads to stimulate hair follicles and new hair growth. They’re a good source of quercitin, a flavonoid that inhibits the release of histamine; hence, they’re effective in treating hay fever and other allergies. They’ve also been used to treat arthritis, gout, urinary tract infections (the diuretic flush effect), and prostate issues; they’ve also been used to purify the blood and to cleanse the liver and kidneys.

Wow. I really do think I should be eating nettles more often.

Plus, they are a whole lot like pot, only they won’t get you high and they are legal. Ok, so maybe they’re not like pot. But – like hemp – they can grow 7 feet tall and be used as a fiber. They are extremely strong. This is good news. I used to do a lot of spinning (mostly dog and llama hair) – and I am definitely going to give nettles a try. They grow so fast and are so prolific, they even show promise to be used in biofuels.

You learn a lot of things on the Internet. I used to really like nettles, but I love them now. So much, in fact, I’m thinking of turning them into pesto.

One site I read said how the authors love to wrap stinging nettles around them because it makes them feel so alive and tingly.

Thanks, but no thanks. I might have to draw the line with that one. I think sex sounds like a better option if you’re looking for those sensations, and a heck of a lot more fun. Just my opinion.

Anyway – before we get sidetracked – bring on the Spring! Take a walk on the wild side. Collect things along the way. Throw them in a soup. Don’t forget some of the domesticated garden plants that are also at their best at this time of year. Cardoon, French sorrel, and lovage all come to mind. Each are rather strong-flavored in their own way, but are so good added in small quantities to just about everything.

And DO give nettles a try!

Won’t be long and the morels will be ready. Oh yes! Can’t wait!

Here are a couple of good sources for identifying your weeds and wild edibles: 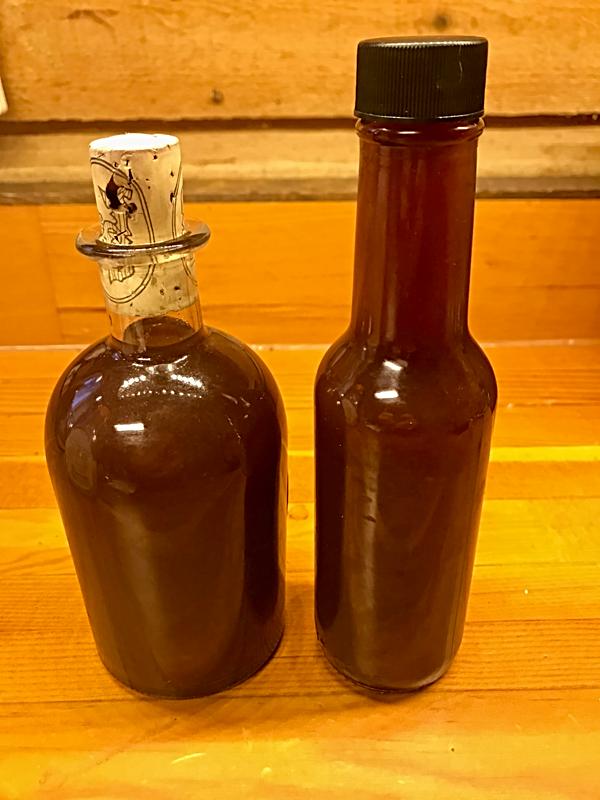 Last-minute Gifts from the Kitchen

Overwhelmed right before the holidays? Here are some ideas for some easy last-minute gifts using your fruits and herbs: vinegars, honeys, syrups, cordials, oxymels, herb & spice blends, jams & preserves. Most importantly: don't let overwhelm get the best of you! Take time to enjoy the season! Happy Solstice! Happy Holidays! 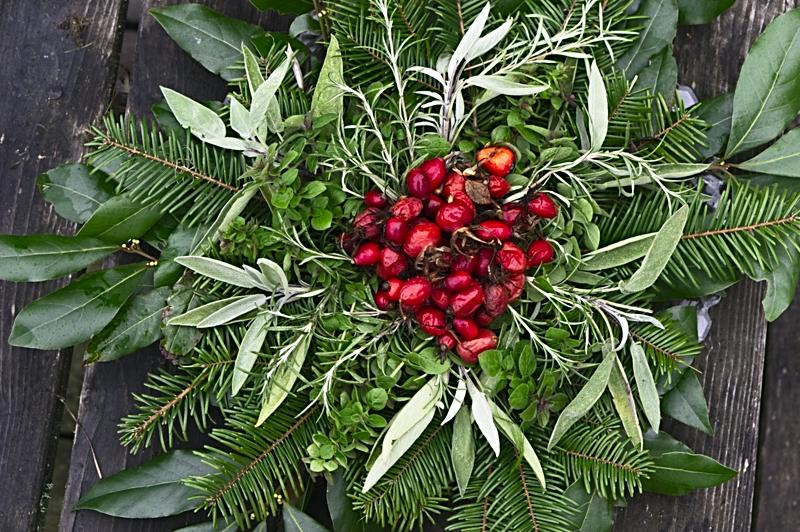 November Gatherings – and a Recipe (sort of)

November Gatherings - it's a great word for this time of year. A gathering of fruits, roots, herbs, seeds, friends, thoughts. Here is a recipe for Black Hawthorn Syrup made with fir needles and assorted herbs. Happy Holidays!